SITAT
May 10, 2006 - Nintendo just pulled a fast one on us. At an after-hours press briefing a mere minute ago, the company pulled another ace out of its hat: Smash Bros. Brawl -- the next installment in Nintendo's popular Super Smash Bros. series.

Details are just now rolling in, but we have confirmed the following playable characters:

More as it breaks.[/b]
Klikk for å utvide...
SITAT
Miyamoto just unveiled "Super Smash Bros. Brawl" in a private session. Wario, Samus, a Nintendog and Solid Snake are playable characters. Presumably it's Wii, although they apparently haven't confirmed either way.

SITAT
IGN updated with some stuff.


Under the direction of series creator Masahiro Sakurai, Super Smash Bros. Brawl will feature two control modes: motion-controlled and classic, GameCube-style combat. That means players who prefer to play the game with the traditional control setup can do so using the GameCube controller they're already accustomed to while the new motion control adds a new dimension previously not available in fighting games.

The game also features a range of new nasty toys, such as the ability to unleash a puppy from Nintendogs that will run up to the screen, put its paws up and obscure the view of the action. Mario, Kirby, Pikachu and Link have been confirmed as returning characters.

Even better, the game will be fully online playable in addition to featuring a robust multiplayer mode.

The bad news is that Super Smash Bros. Brawl will no longer be a Wii launch title, but will instead be released in 2007.[/b]
Klikk for å utvide...

-Where are you now, anyway?
-I'm on reconnaissance duty.

Gleder meg til dette ja!
I can't ask for his license or it will start a zombie apocalypse.
C 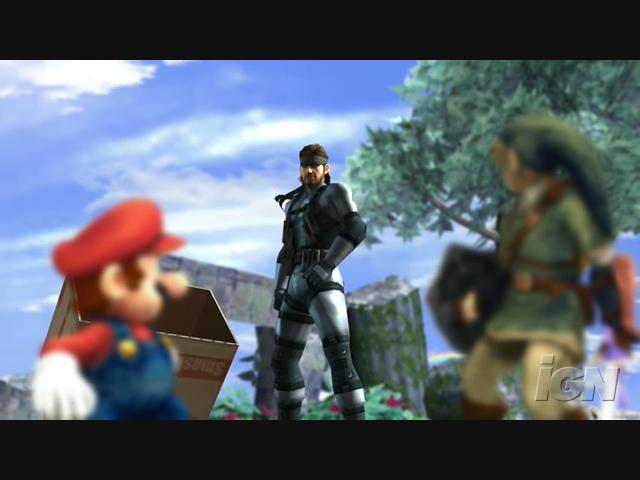 I can't ask for his license or it will start a zombie apocalypse.
I